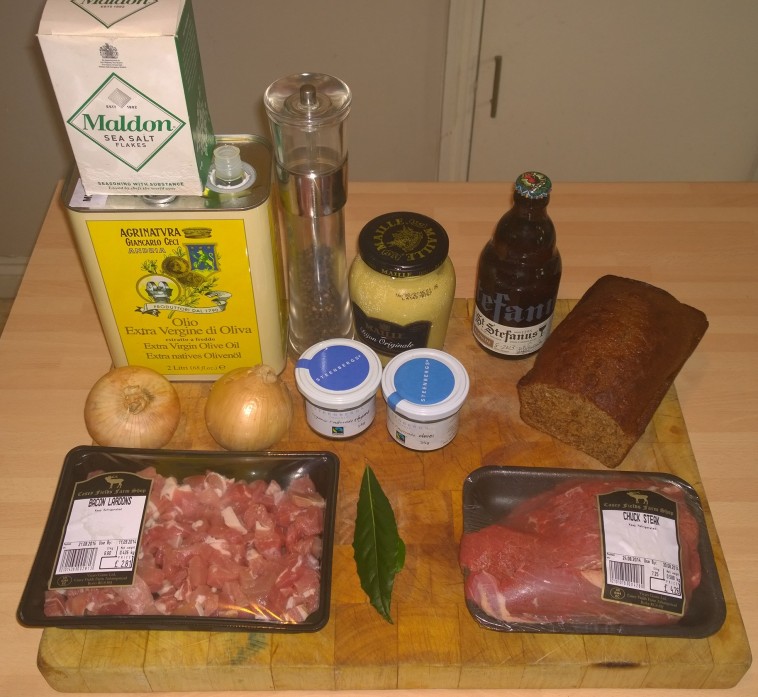 About a week before my 40th Birthday (nearly 10 years ago!), nothing was planned so anything organised was most definitely last minute dot com! I had been to Belgium quite a few times on Business many years before but never had a chance to sightsee. Minutes later, the Eurostar was booked, along with a room at the Metropole Hotel in Place De Brouckere, a 5 minute walk from the famous Grand Place and some interesting restaurants.

Carbonade Flamande is a traditional Belgian dish, a variation on a Beef Stew and quite delicious. Made with Onions, Bacon Lardons & Belgian Beer, its a nice slow cooking winter dish, or one when the weather turns such as the gap in the summer we seem to be having at the moment. I used St. Stefanus Blonde  an interesting brew dating back to the year 1295, and followed the recipe in David Lebovitz’s excellent Book ‘My Paris Kitchen’. 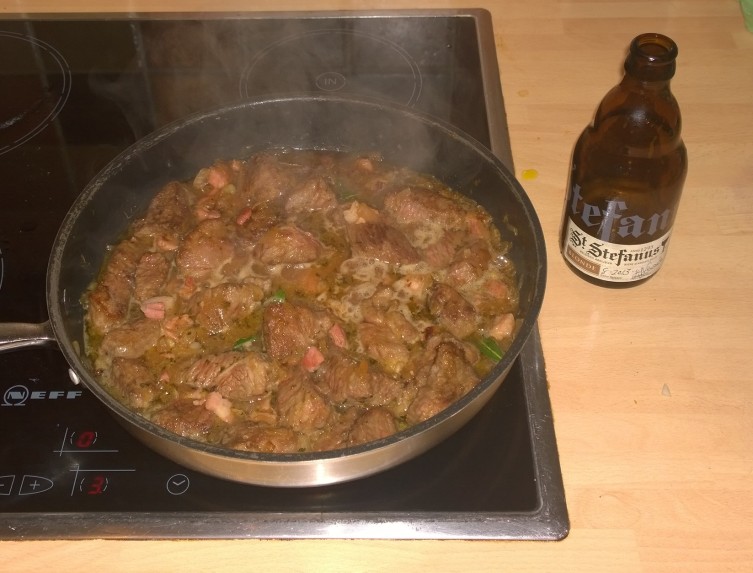 To get both colour and flavour, the Chuck Stuck is coated with seasoned flour and fried until deep brown and removed from the pan. Then the Onions and Bacon Lardons get a similar treatment, but without the flower!! All the ingredients then go in together and the Beer is added, time to relax. 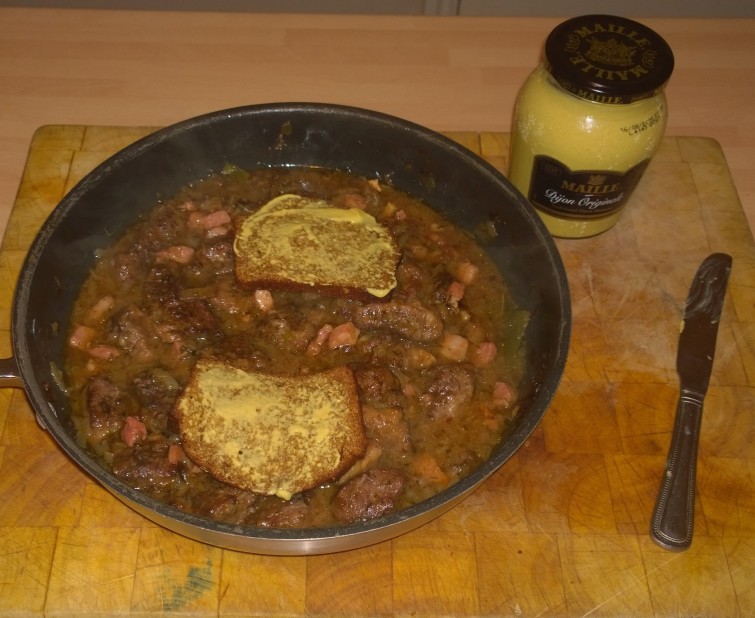 The next stage, after things have been bubbling for a while is to add the Pain D’Épice (details in previous post), which has one side coated with Dijon Mustard, this adds some subtle spice and background heat to the dish. The mixture is stirred a couple of times during the 2nd stage of cooking to break up the Pain D’Épice and let it meld into the mixture.

The completed dish was served with a very rich, very Buttery Mash Potato, and some Green Beans, that had been cooked with some Garlic and finished with Tomato Concasse and Butter.

Quite delicious, a very nice meal on our Silver Anniversary, and fond memories of an amazing weekend in Belgium nearly 10 years ago, where our son Justin was conceived and made in Brussels, (and we had some amazing food)!