One of the fantastic teams I support at work clubbed together and gave me £100 in John Lewis vouchers as a thank-you last week, they know I like cooking but were not sure what to get.  I have now added some baking  stuff to my cooking cupboard and was inspired to try some more recipes ready for the Christmas break over the weekend.

Richard Bertinet is one of my french food heroes, along with Stephane Renaud, the Roux’s, Daniel Galmiche and Raymond Blanc.  A while back I got hold of  Stephanes’ book ‘Pastry’, and thought it was about time I  had a go at re-creating one of  the recipes and attempting to improve my pastry skills, which are at best lacking in finesse. You can order the book HERE.

This fine volume has over 50 recipes, but more importantly some hints and tips on how to get the best from your pastry by resting, cooling etc.  Thumbing through the pages I found several ideas to inspire an adaption,  Sweet Pastry Amandine & Frangipane Mince Pies.

My version of this tart was to include Caramelised Apples, Sultanas, Ginger, Chopped Hazlenuts and Allspice as a base layer, with the ‘Frangipane’ as a topping.

When doing some research on Frangipane there is also a reference known as frangipani, a Plumeria tree as in John Vanderslice‘s song Kookaburra, hence the title of this post.

So onto the baking, the recipe list is quite simple with only a few ingredients needed to create a delicious and impressive dessert.

For the Pastry I used the following quantities;

Following the process in the book, the pastry was prepared in stages, crumbing, bringing together gentle kneading and resting. 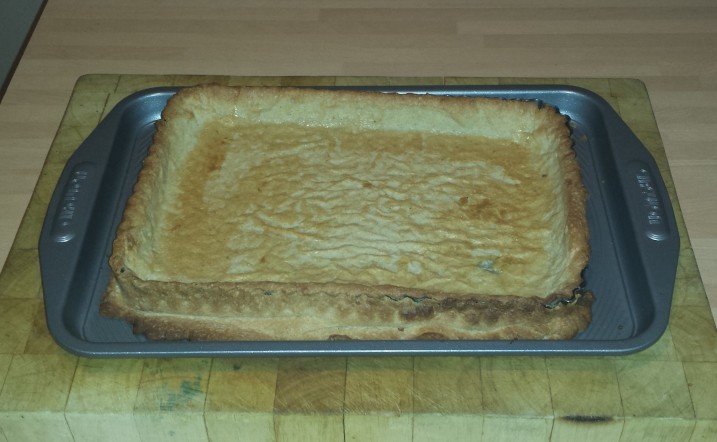 A fluted loose bottom tin was buttered and lined with the pastry once rested and blind baked at 165 deg (fan), I used my newly acquired oven thermometer to check the temperature and followed one of Richards tips, you will have to buy the book to find out what the tip is! It took approximately 25 mins to get the pastry to the dry stage, and a further 15 with the baking parchment and ceramic beans removed and brushing the base with egg wash to create a seal.

The first filling was going to be Caramelised Apples, for this I took 4 – 5 Braeburn’s, cored, peeled and put them in some Lemon juice to stop them going brown, and added about 2 Tbs Kirsch, a teaspoon each of Ginger and Allspice. They were then fried in unsalted butter and liberally sprinkled with Vanilla infused Castor Sugar, you can see the result above. I added a small amount of cracked Black Pepper to gives the Apples some ‘Edge’!

Soften the butter and cream with the sugar until pale, fold in the Almonds and Flour then add the Eggs and Liquor mixing well. Before adding this to the Apples, I added a further texture of chopped Hazlenuts and Sultanas, and then topped the Frangipane with flakes Almonds, you can see the Tart before cooking in the picture above. 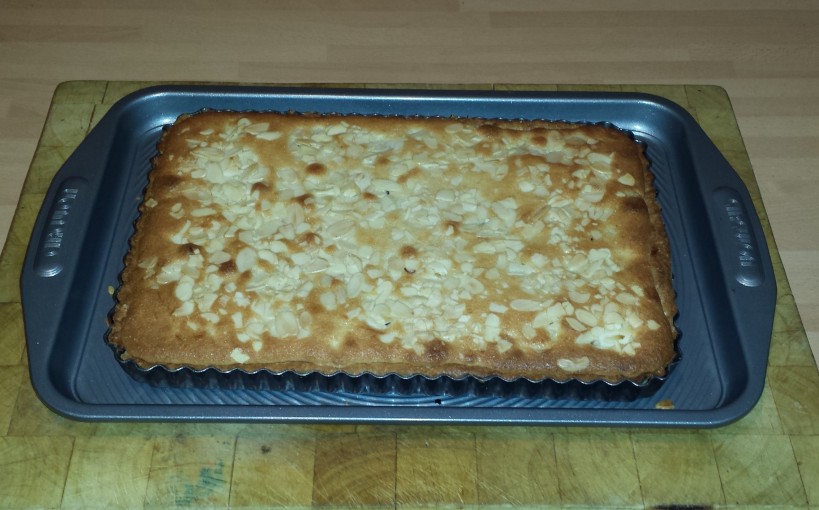 After 20 – 25 minutes in a 165 deg (fan) this was the result, a lovely smell filled in the Kitchen. So there you have my dessert recipe challenge No. 3, with No.4 as work in progress but here is a sneak preview of my prototype home made Jaffa Cake Dessert! 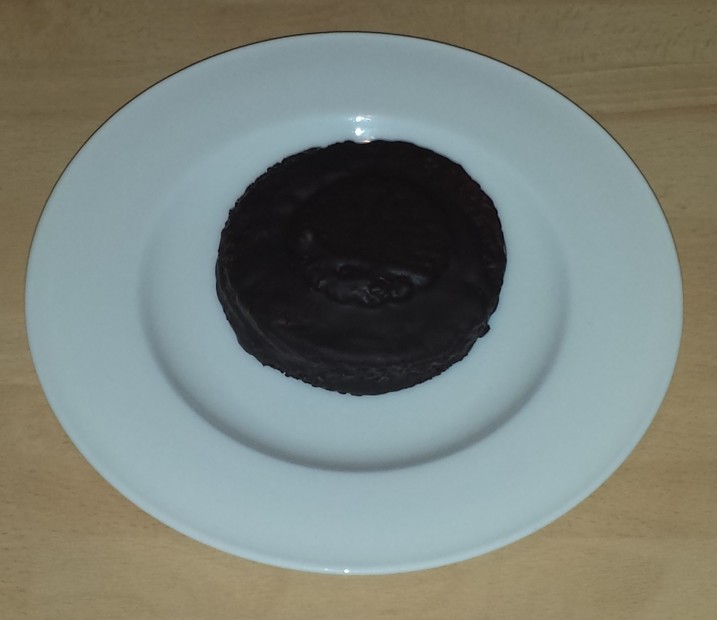