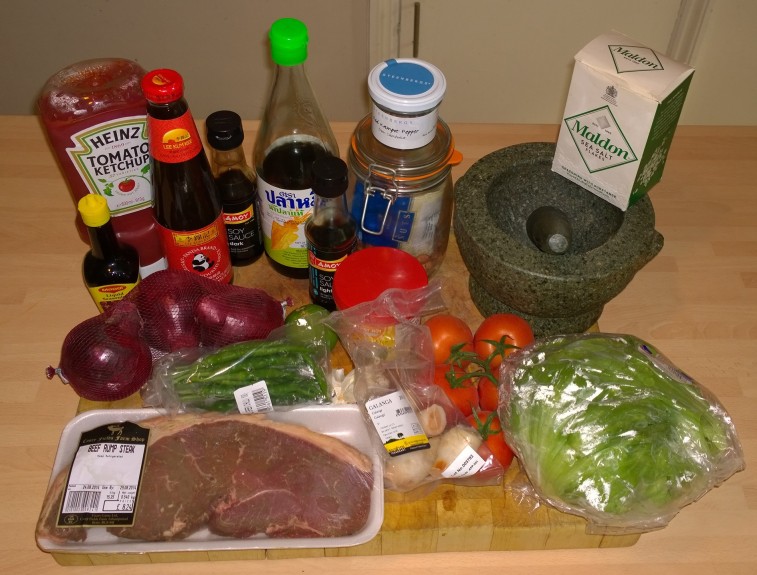 Just about to go back to work after a few days chilling and I decided that some more kitchen time was needed, albeit minimalist by comparison to some of my recent ventures. There is sill one more dish I plan to prepare after this one, and then the geography will change and more closer to home!

The tastes of the Far East continue to surprise, along with many of the ingredients. In researching this dish I stumbled across a couple of variations, one in ‘Rick Stein’s Far Eastern Odyssey’ the other on a website that Google found on my behalf!

The ‘special’ ingredient is Kampot Pepper, you can get Red Kampot Pepper HERE, along with many other different varieties. Its used in the dressing on the bottom right hand side, along with Fresh Lime Juice and Salt, it has an amazing flavour.

This is a simple recipe, making a sauce to marinade the Rump Steak in before cooking briefly and serving with sliced Tomato, Red Onion, Lettuce and Roasted Peanuts, kind of a Cambodian ‘Wrap’! I put the Galangal, Garlic, Chilli’s and wizzed in a small blender adding the wet ingredients and repeating to form a rich aromatic paste. The Rump Steak was added and well combined, leaving for an hour to marinate. 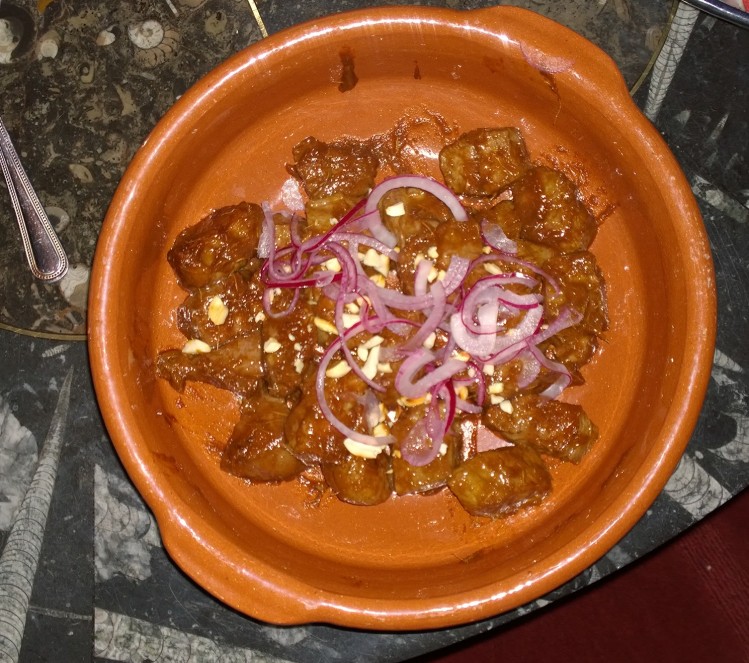 I did make one minor change to the recipe, well probably two. The first was the Red Onion, I find raw Onion a bit harsh so I decided to make a sousing liquid. If you Google ‘Sousing’ you will find Wikipedia will show ‘Head cheese’, a terrine of an animals head pickled in Vinegar! Mine is a mixture of Rice Wine Vinegar Salt and Palm Sugar, so still using local regional ingredients, but applying a european slant to the dish. Add it to the thinly sliced Onion and steep for 1 hour, stirring occasionally.

The 2nd change was adding a small amount of MSG, a naturally occurring non-essential amino acid ,in the form of MAGGI liquid seasoning. You can buy MSG from Oriental Supermarkets, or use a few drops of the Maggi Seasoning which is generally available. Its adds an extra ‘savoury’ or ‘Umami’ flavour giving s boost to the richness of the dish, this detail was in the page google found. 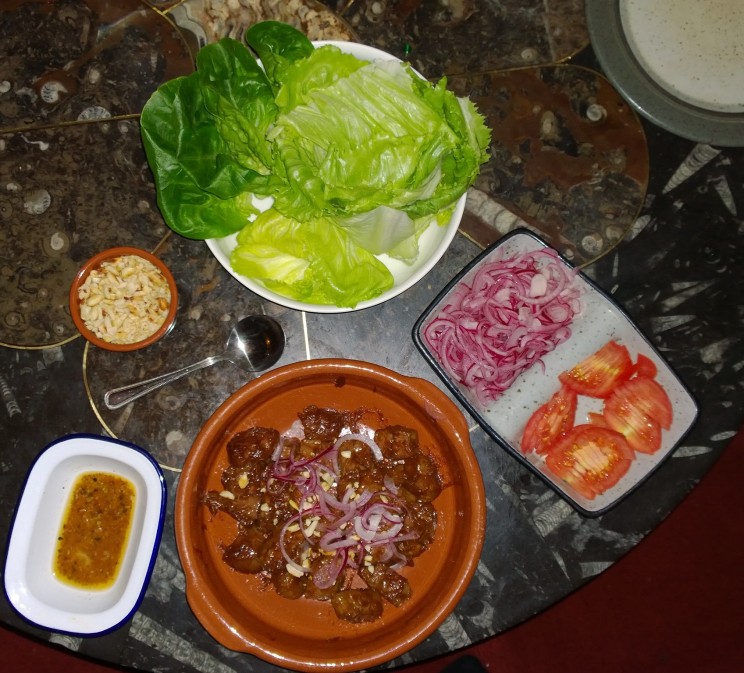 The Rump Steak only took about 3-4 minutes cooking on a high heat, followed by resting for a couple of minutes in a warm dish to relax. The Peanuts were dry roasted in a frying pan, and sprinkled with some sea salt.

The Lettuce (Iceberg or baby Gem), replaces the Tortilla wrap and forms the container for some Steak, Onion, Tomato and Peanuts, dipping into the Lime and Pepper dressing once rolled up. Its a delicious light, zingy dish, quick to make but amazingly tasty and moorish. 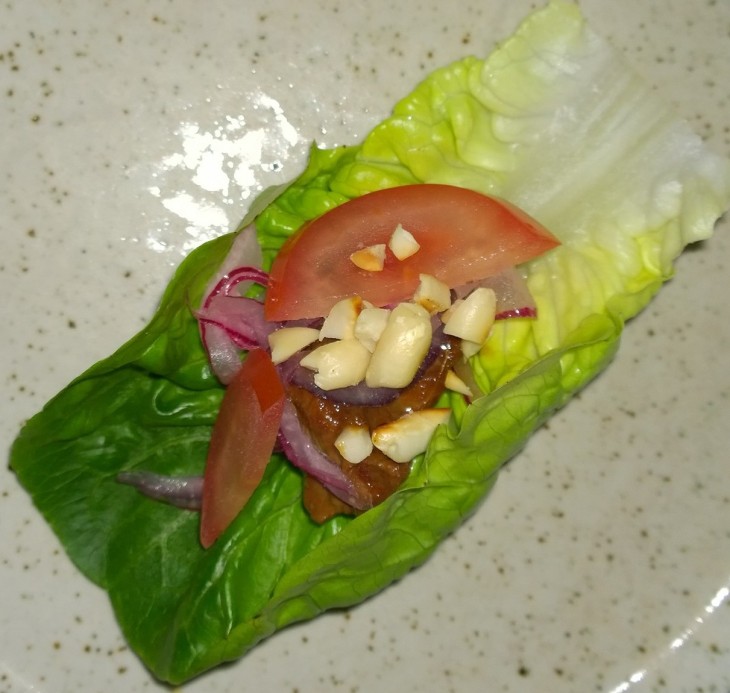 The picture does not do this dish justice, its VERY VERY good so thank-you Cambodia and thank-you Kampot, for your pepper, and this tasty dish.