As the new year starts, some thoughts on what happened in my foodie life during 2013, and the culinary skills learnt and food eaten seems appropriate.

It all started in May, and my weeks ‘vacation’ to Masseria Montenapoleone in Puglia, Southern Italy. Learning to cook with a local traditional Mama, on an Organic Farm, loads of new skills and techniques were learnt, including how to create Orcchiette by hand, NO pasta machine in site.

This was followed by Strascinate, Braciole, Foccacia, Risotto & Polpettie di Carne,  the week flew by but much was learnt about how to get the best from simple ingredients.

I have always been a bit of a foodie, but the week in Italy only encouraged me to be more adventurous and experiment with new tastes, flavours and recipes. You can find the start of the original posting here http://wp.me/p3LgUf-r

June, July and August was influenced by a number of chefs, the awesome Bethany Kehdy, Yotam Ottolenghi, Tomasina Miers and William Harcourt-Cooze  to name a few! The direction of travel was mainly the Middle East and South America.

One of my favourite dishes was the one above, care of Bethany, Aubergine Veal and Yoghurt Crumble and was served with Bejewelled Rice. 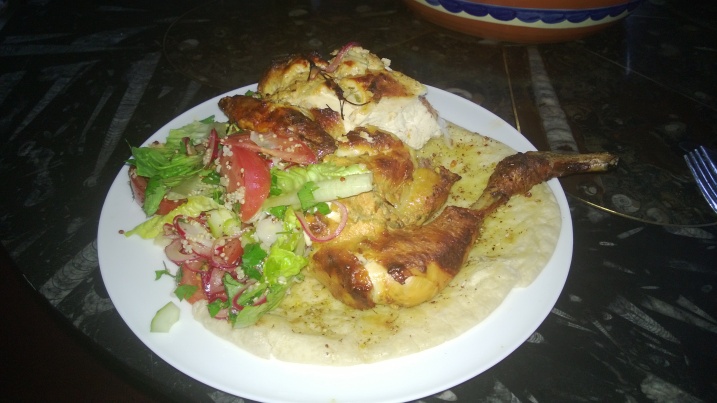 The Middle Eastern Chicken on Flatbread with Fattoush was also a delicious venture into the Middle East, a truly delightful meal.

The next venture was Spain, care of Omar Allibhoy and his book, ‘The Tapas Revolution’. Various dished were prepared including Pinchos, Tortilla, Braised Pork Cheeks, Mackerel Escabeche and Padron Peppers.

During 2013 I started a new job and it became a bit of an excuse to try some baking, cakes at team meetings became quite popular! There were a couple of particular favourites, but the one that seemed to create the greatest impact was my variation on a Chocolate Brownie, but layered with Fresh Raspberries.

This is before the final layer of cake mix was put over the top. Despite it seeming to weigh quite heavy, it was extremely light, thanks to the Balloon Whisk attachment on the Kenwood Chef which was used to whip the cake mix to a frenzy. 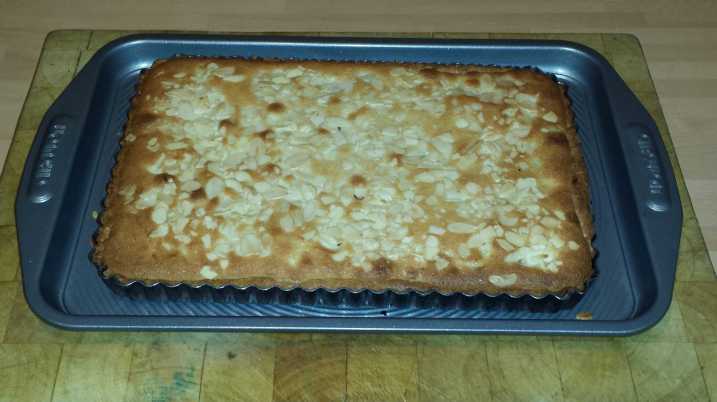 On the dessert and pie front practise and guidance from Richard Bertinet’s book ‘Pastry’, enabled the delivery of some classic dishes such as the Frangipane and Apple Tart above, and the Chicken Pie below! 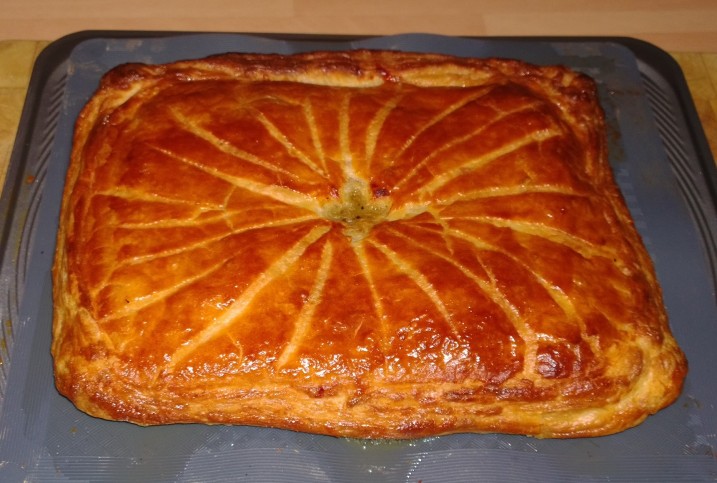 I have only made Rough Puff Pastry once, so the first attempt at proper Puff Pastry, whilst time consuming was well worth it, the results were awesome (even if I say so myself!). The Pie which was made from scratch was the best I have ever made, and I will be repeating the exercise sometime in 2014, but with a different filling.

After a fantastic meal in a Thai Restaurant on business, I was keen to recreate a particular favourite dish of mine, Massamam Curry. Having an Oriental Store no more than 45 minutes away enabled authentic and fresh ingredients to be sourced and the flavours were truly delicious.

Then we ventured to Pakistan, I was booked on a course with the amazing cook Sumayya Jamil and learnt some more skills around making Massala’s and got to cook a genuine Biryani from scratch (amongst other amazing dishes).  I really recommend her courses, SJ has a breadth of knowledge passed down the family, and its a really great way to learn new skills, and get to better understand a lesser known cuisine.

So my whistle stop tour of the year is complete, food inspirations in no particular order from Bethany Kehdy, Ren Behan, Yotam Otolenghi, Richard Bertinet, Maria Elia, Rachel Khoo, Omar Allibhoy, Stephane Renaud, Sumayya Jamil and many others, with various visits to restaurants has inspired me to continue the adventure.

It goes without saying that my foodie adventure is only possible thanks to some fantastic suppliers, Caseys Farm Shop where the protein comes from, Riverfords for Organic Fruit & Veg, the BEST Spices and specialist products like Freekeh and Mograbieh, from Steenbergs and Ottolenghi’s online stores.

Here’s to more foodie life in 2014, thanks for following.